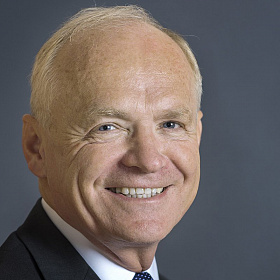 Member of the Strategic Planning Committee.

Member of The Strategic Planning Committee. Board member since 2011 until 2019.

Helmut Wieser was an Executive Vice President of Alcoa and Group President responsible for Alcoa’s global mill products and rigid packaging businesses until November 2011. He also oversaw Alcoa’s businesses in the Asia Pacific region, with a focus on China, the Australian rolled products businesses and Alcoa’s operations in Russia. In addition, Helmut Wieser was a member of the Alcoa Executive Council, the senior leadership group that provides strategic direction for the company.

He also served on the board of governors of the International Graduate University in Washington, D.C. on Capitol Hill. Before joining Alcoa, Helmut Wieser worked for Austria Metal Group (AMAG) for 10 years, holding a series of management positions in its rolled products unit, culminating in 1997 as an executive member of the board and COO. Earlier, he held several senior management positions with Voest Alpine in Austria and Venezuela, including President of Voest Alpine Venezuela. In March 2014 he became a member of Management Board of Austria Metall AG, in April 2014, he became the company's CEO and held both positions until March 2019. He held a position of a member of the board (Independent director) of Rain Carbon Inc. since 2014 till March of 2018. Helmut Wieser is the member of the Advisory Board of COBEX GmbH.

Helmut Wieser received a Master’s degree in Mechanical Engineering and Economics in 1981 from the University of Graz, Austria.

Resolution of the Board of Directors of NLMK to consider Helmut Wieser eligible for the position of independent director.

Results of voting at the 2011 Annual General Meeting