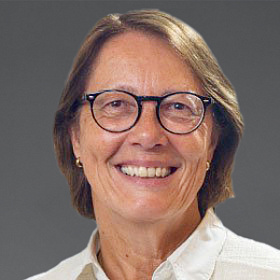 Chairman of the Audit Committee and member of Strategic Planning Committee

Marjan Oudeman was the President of the Executive Board of Utrecht University (The Netherlands) from 2013 until June 2017.

From 2010 to 2013, Mrs Oudeman was a member of the Executive Committee of AkzoNobel, responsible for HR and Organisational Development.

Mrs Oudeman holds positions in governing bodies of a number of entities, being a member of the Boards of Solvay SA, SHV Holdings, NV Aalberts Industries NV, UPM-Kymmene Corporation.

Marjan Oudeman has extensive experience as a line manager in the steel industry and considerable financial and international business experience.

Oudeman has a law degree from Rijksuniversiteit Groningen in the Netherlands and an MBA in Business Administration from the University of Rochester, New York, USA and Erasmus University, Rotterdam, the Netherlands.