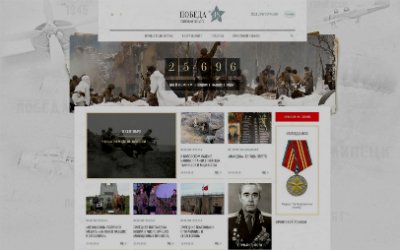 War veterans who used to work at Novolipetsk and the plant’s younger staff shared a joint project titled ’Voices of Victory‘. A group of volunteers met with former Novolipetsk employees who were veterans of the Second World War to record interviews with them. The project gave younger staff a chance to learn about the country’s heroic past and to meet and talk with those who fought for the independence of the motherland and victory in the war.

A special website was created for the project (www.pobeda48.ru), which is regularly updated and contains a card file of Novolipetsk retirees and other residents of Lipetsk Region who fought in the war. The card file was created on the basis of archive documents and certificates about combatants, those who worked on the home front, and survivors of the Siege of Leningrad and the concentration camps.