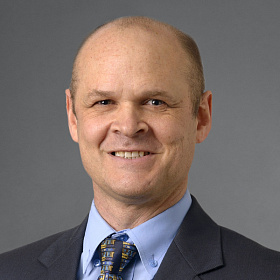 From 2011 onwards, a Director of NLMK Belgium Holdings as well as a number of subsidiaries. He is CEO, Chairman of the Management Board of NLMK International B.V. Leading the turnaround and operating efficiency programmes.

Joined Duferco La Louvière in Belgium in 2004 and was appointed a management board member of the NLMK/Duferco JV between 2007 and 2011.

After starting his career as production and development engineer in 1990, held various management positions at Iscor and Saldanha Steel (now ArcelorMittal South Africa) between 1995 and 2003, ending with export sales.

Holds a B.Eng. (Hons) Electrical and M.Eng (industrial) from the University of Pretoria.

NLMK Board of Directors recommends dividends for Q4 2021

... decision is made to convene the NLMK Group Annual General Meeting of Shareholders. The Board of Directors also approved the composition of the Group’s Management Board with 7 members as follows: Tatyana Averchenkova Mikhail Arkhipov Sergey Chebotarev Ben De Vos Grigory Fedorishin Shamil Kurmashov Sergey Likharev Additionally, in line with best practices and with a view to reinforce a culture of succession, the Board approved NLMK Group’s Board of Directors Succession Policy and Regulations on NLMK’s ...

... market and provide customers with best-in-class surface, flatness and dimensional tolerances for the QUARD® and QUEND® range of products. The modernization of the descaling system and the revamping of the Finishing Mill will be concluded in late 2021. Ben de Vos, VP International Operations for NLMK, said: “These investments will strengthen the position of NLMK Clabecq by further enhancing our groundbreaking QUARD® and QUEND® product ranges. The project also reflects the confidence and commitment of the ...

... scheduled for early 2020, for completion in 2021. The contract has been awarded to Primetals Technologies, a leading supplier of solutions for the metals industry. The company has finalized basic engineering and launched production of the equipment. Ben de Vos, CEO of NLMK International, said: “This project helps achieve one of the key targets of NLMK Group’s Strategy 2022: to increase value added sales by 1.7 million tonnes globally. The increase is set to be delivered through the expansion of product ...